How to protect yourself from monkeypox, and potential symptoms to look out for.

The outbreak of monkeypox has been deemed a public health emergency of global significance by the World Health Organisation, despite the fact that most people have never heard of the disease.
Scientists have been concerned about the possibility of a monkeypox outbreak for well over a decade.
Here’s what you need to know about monkeypox, how to protect yourself, and what to do if you believe you have it, with roughly 16,000 cases documented globally and counting.
Sale! 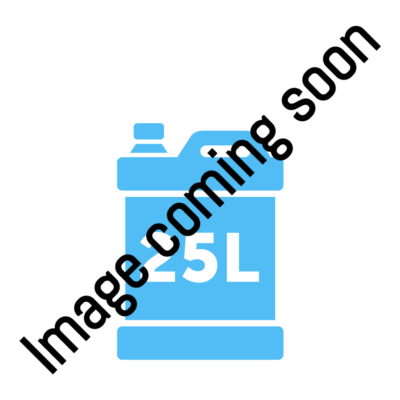 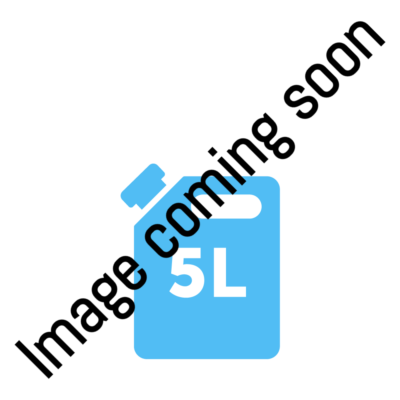 R98.85
Add to basket
What is monkeypox exactly?
The sole similarity between monkeypox and chickenpox, aside from the mention of wildlife, is that both diseases are caused by viruses. Instead, smallpox, which was eradicated worldwide through vaccination campaigns in 1980, is most comparable to monkeypox.
The orthopoxvirus family includes the two viruses. Smallpox is more contagious and lethal than monkeypox. However, some scientists are concerned that monkeypox might evolve and becoming more dangerous to people.
According to a 2008 study, monkeypox may take advantage of the scenario and spread like wildfire if it were to be introduced to an unprotected community.
Monkeypox has the potential to replace smallpox, even though it has been eradicated from the human population since 1980, according to the study. The possibility of further virus adaptation to become a more effective human pathogen is revealed by a prolonged chain of person-to-person transmissions of monkeypox in the Republic of Congo in 2003.
Prior to the 2022 outbreak, almost all cases of monkeypox discovered outside of Africa, where the virus may be carried by some rodents and non-human primates, were connected to travel abroad and imported animals.
It was first found in 1958 in colonies of monkeys employed for study, hence the name “monkeypox.” The Centers for Disease Control and Prevention state that the disease’s source is still unclear, thus this does not imply that it came from animals.
The single outbreak in the United States occurred in 2003, when 47 confirmed and probable cases were found in six states. According to the CDC at the time, that outbreak was linked to pet prairie dogs that had contact with sick rodents kept nearby, including a number of species of squirrels, mice, and rats.

What are the symptoms of monkeypox?

Monkeypox symptoms are comparable to smallpox symptoms:
According to the CDC, a rash that resembles pimples and blisters packed with pus may also be present. It may manifest on any part of the body, including the face, hands, feet, genitalia, and mouth.
It’s crucial to highlight that some patients’ rashes are subtler than others, according to the doctors. According to NPR, some people only experienced a single lesion that might have been misinterpreted for a sign of syphilis or another sexually transmitted illness.

Monkeypox continues to spread. Here is what the government is doing to stop it:
Donald Vinh, a McGill University infectious disease specialist, told NPR last month, “I think that’s actually crucial.” “Because it is clear how these patients might be overlooked. However, they are still contagious and could spread the illness.”
According to the CDC, the rash normally lasts two to four weeks and that some people simply suffer the rash, while others may also experience other symptoms before the rash appears.

Monkeypox: How deadly is it?

The good news is that the West African strain of monkeypox, which is currently sweeping the globe, is not very lethal. The CDC estimates that more than 99 percent of patients will survive.
However, youngsters under the age of 8, those with weakened immune systems, women who are pregnant, or nursing mothers could die from an infection.
Scarring from the rash is the result of an infection that occurs most frequently. But more severe side effects, such as respiratory distress and bronchopneumonia, can develop, according to studies on monkeypox in humans that was published in 2009. The virus can also cause corneal scarring and eye infections, which in severe cases can impair eyesight permanently.

In the United States, the risk of catching monkeypox is “believed to be minimal,” according to the CDC, but anyone who comes into intimate contact with a person who is infected is at risk of infection.
Human-to-human contact is what is causing the current pandemic to spread. Spending too much time face-to-face with a monkeypox carrier increases your risk of contracting an infection through droplet respiratory particles, the WHO cautions.
The virus also spreads through physical contact, including touching a lesion, as well as the exchange of some bodily fluids like saliva. An individual could become infected by touching items and surfaces shared with someone exhibiting symptoms.

How do I protect myself from monkeypox?

The CDC warns people to use caution in circumstances where it is impossible to maintain some feeling of personal space and bumping into people is impracticable since the virus can transmit through skin-to-skin contact. The risk increases in settings where clothing is minimal and you might come into contact with that person, including packed raves and clubs.
The CDC advises keeping potentially infected things like bedding, shirts, and towels isolated until you have time to do your laundry. While cleaning, make sure to constantly wash your hands with soap and water and to throw away all cleaning supplies. The best way to protect yourself from monkeypox is to sanitise your hands regularly with hand sanitiser.
Sale!

R98.85
Add to basket
Keeping up with the virus’s spread in your neighborhood is another method to protect yourself and your loved ones safe. Check the CDC map, which displays cases of monkeypox by state, and local and state health agency notifications to accomplish this.
Although the CDC notes that monkeypox is not regarded as a sexually transmitted disease, experts are currently trying to determine whether the virus can be discovered in feces, semen, or vaginal fluids. Sexually active people should be honest about the possibility of contracting the virus, and you should also ask your partner or partners to do the same.
To reduce the chance of passing the virus to their unborn children, doctors urge pregnant carriers who are about to give birth to have C-sections. There have also been reports of stillbirths, pregnancy losses, and preterm births.

What actions should I take if I have symptoms?

To stop the virus from spreading, you must first isolate yourself, regardless of whether you are now exhibiting symptoms or feel you have come into touch with a potential carrier. Then get in touch with a medical professional, who will decide whether you need to be tested.
But getting a test can be more difficult stated than done. According to scientists who spoke with NPR, the U.S. outbreak is larger than the official case count, with one describing the testing environment as “abysmal.”
The WHO advises people to limit contact with others while awaiting test results and to isolate themselves for three weeks after the moment they suspect they may have been exposed.
If you test positive for monkeypox, your doctor will tell you what to do. The WHO states that the virus should run its course and that symptoms should go away on their own without needing to be treated in two to four weeks.

Here are some advice from the WHO if you have any of the warning signs:

If you share a home, keep to yourself in your room and, if at all feasible, use a specific bathroom. Do your own laundry, keep your towels, devices, and dining utensils separate. When you can, open your windows for proper ventilation, but refrain from sweeping and vacuuming to prevent disturbing any virus particles that may be on the floors and spreading the infection.

Where do vaccines stand?

Two different smallpox vaccines are used in the United States to combat monkeypox since prior research indicates that they may be 85% effective against that virus as well. The CDC claims that there is no information on either vaccine’s efficacy in the current outbreak.
The CDC advises getting a smallpox vaccine as soon as possible for anyone who have been exposed to monkeypox and haven’t had one in the last three years. To lessen symptoms, the government advises getting immunized within four days of exposure and no later than two weeks.
The vaccines’ side effects can include slight fever, fatigue, swollen glands, and redness and itching at the injection site.
Unfortunately, one of the vaccines is in short supply; more are anticipated to become available in the upcoming weeks and months. Additionally, certain skin problems, immune system disorders, and pregnancy should all be avoided before receiving the other vaccine.